As you know, the standard Mk2 golf headlights are a bit rubbish, so I hatched a plan. I wanted OEM Bi-xenon projectors in the Golf. OEM parts have the advantage of being E marked (ok not for my golf, but they were on the car they came on) which means the pattern is legal, and the light output it much better than the cheap chinese knock-offs.

The eBay hunting began. I managed to find 2 different, but similar Range Rover headlamps. One from a 2006 vogue and the other from a 2011 version complete with all the fancy LEDs. These were good. Both of them contained what is commonly known as the “E46 Bosch” projector. This is a BIX projector that originally came in the BMW E46, but has since been used in everything from BMW minis to Range rovers.

They have the advantage of having a nice clear lens and a nice sharp cut off pattern. 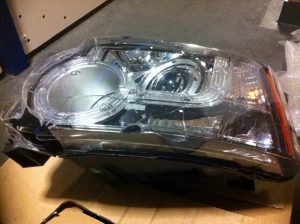 After stripping all the un-needed plastic and other bits and bobs, this is what I was left with: 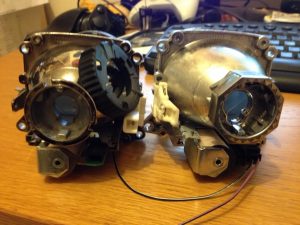 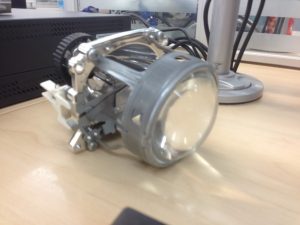 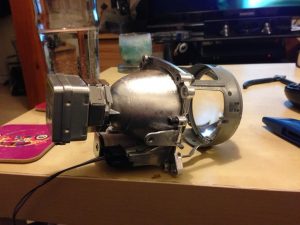 I also picked up a set of Ballasts, leads and Ignitors from a car in the scrap yard. These really make a difference compared to the cheap chinese units. No fires here, and the output is nice and consistant, giving you a perfect arc of light for years to come! 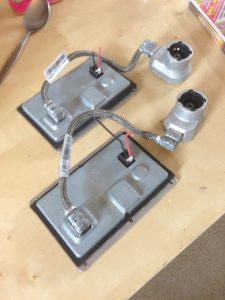 So onto the method. Obviously I can’t just chuck these in the holes left by the normal lamps as they will get wet and look rubbish. So I cut up a set of crystal headlamps to mount them to.

Only a small hole. 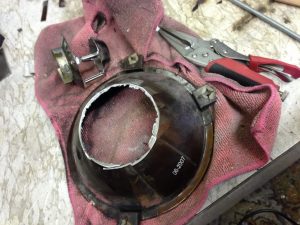 Then we weld 4 studs to the back of the bowl to help align the projector correctly in relation to the bowl. 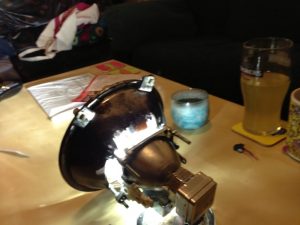 Then add the Shroud and glass on the front. Oh and a small bit of tube to the back to stop water getting in. 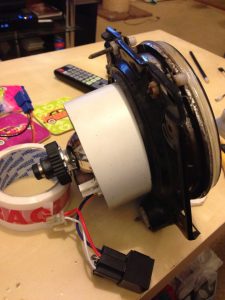 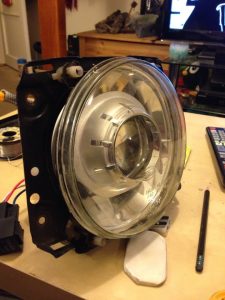 Add some wiring (nicked from the old HID System) with new connectors on, and install.

Lights installed but not looking as funky as they could do. 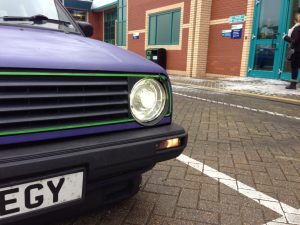 In go the Angel Eye rings for some class. These were quite cheap, I wasn’t expecting them to last very long but they have been in there since November now I think. 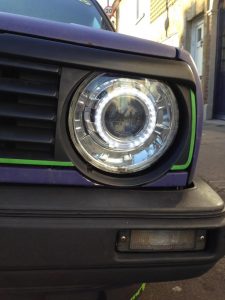 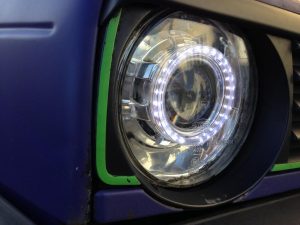 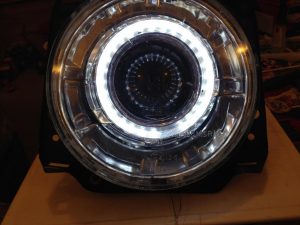 That looked cool but I wanted to go further so this happened. 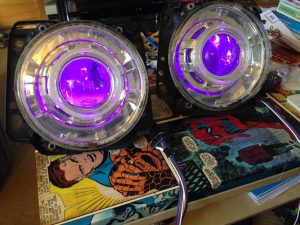 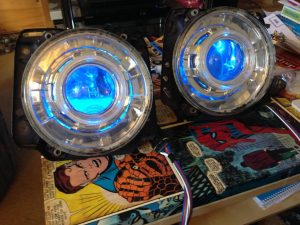 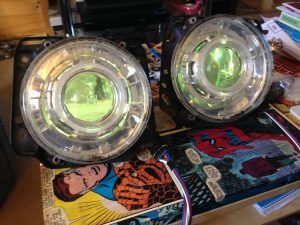 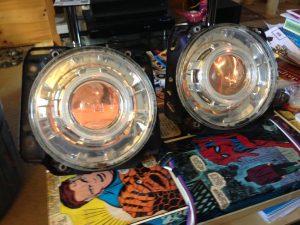 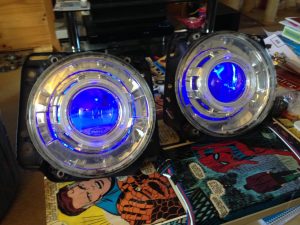 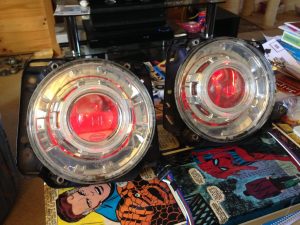 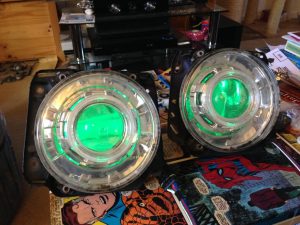 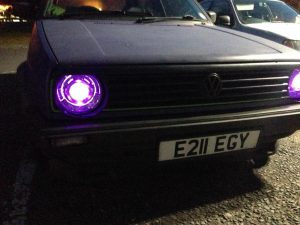 Very silly but it had to be done! Fully remote controlled and control box inside the car. Very smart bit of kit.

The only issues I had with the lights at this point was the rubbish screws VW used to hold the lights in place. So I borrowed a Rivnut tool from a friend and did this: 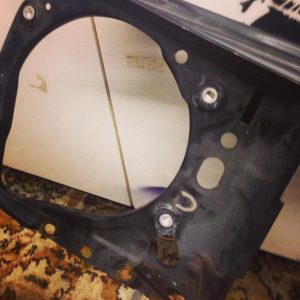 Why no-one has done this before I don’t know. It also allowed me to put some rotation into the headlights to get the cut off lines perfect.