Soon after getting the car back on the road and driving, I noticed that the steerting was very notchy and suspected the rack to be worn out. So some work was needed and I decided to refurbish the subframe too.

Thankfully a friend of mine had a spare mk3 subframe, wishbones and rack I could have for a few brass buttons.

So after a few months of picking up all the bushes I needed and working out when I could do the swap I started. 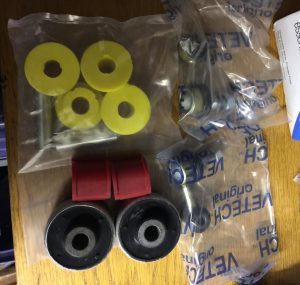 If anyone tells you that the front wishbone bushes just push out, punch them in the face. They don’t. Blow torch was needed to get this bugger out: 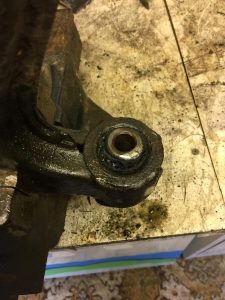 As I was going to the effort of replacing all the bushes I decided I may as well get the subframe blasted and powder coated. So off it went to a local company who did a pretty good job for the princely sum of £50. While that was away I decided the steering rack needed a good coat of paint too. 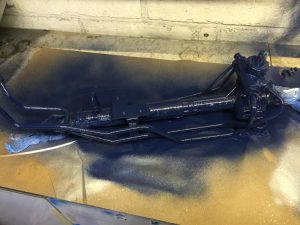 Then I got the subframe back. Dropped it off Saturday, finished lunchtime Monday!! Sneaky Peek… 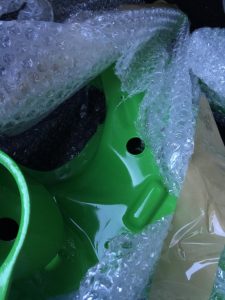 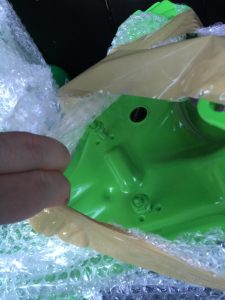 So I built up the subframe in my workshop, but left the rear wishbone mounts to a mate with a press at work! They also don’t just slip in with a bench vice!! 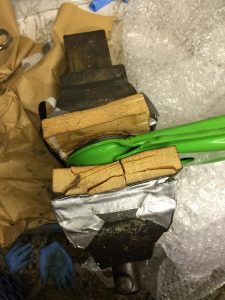 Got the rack onto the subframe (don’t worry a tap was run down the threads before this was bolted down properly!) 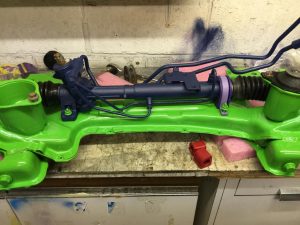 So Saturday, I went round my friends house to fit the thing. 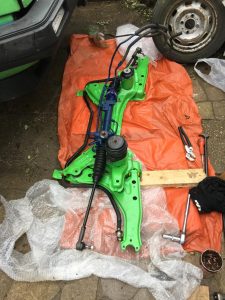 Took the old one out, which was very screwed, and lined up the new one to go in. 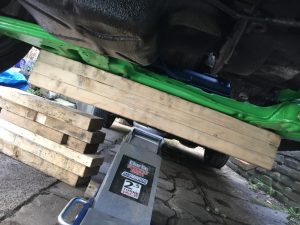 All ready to bolt up.

Had to modify the power steering front hose as it was from a mk3 GTI not a VR6, That might make things interesting come oil change time!

Sorted the alignment out with a handy home laser eye kit, that was fun!

All feels much better now. Much tighter to drive and no nasty knocking from the wishbone bushes! Well worth it, but a lot of effort!